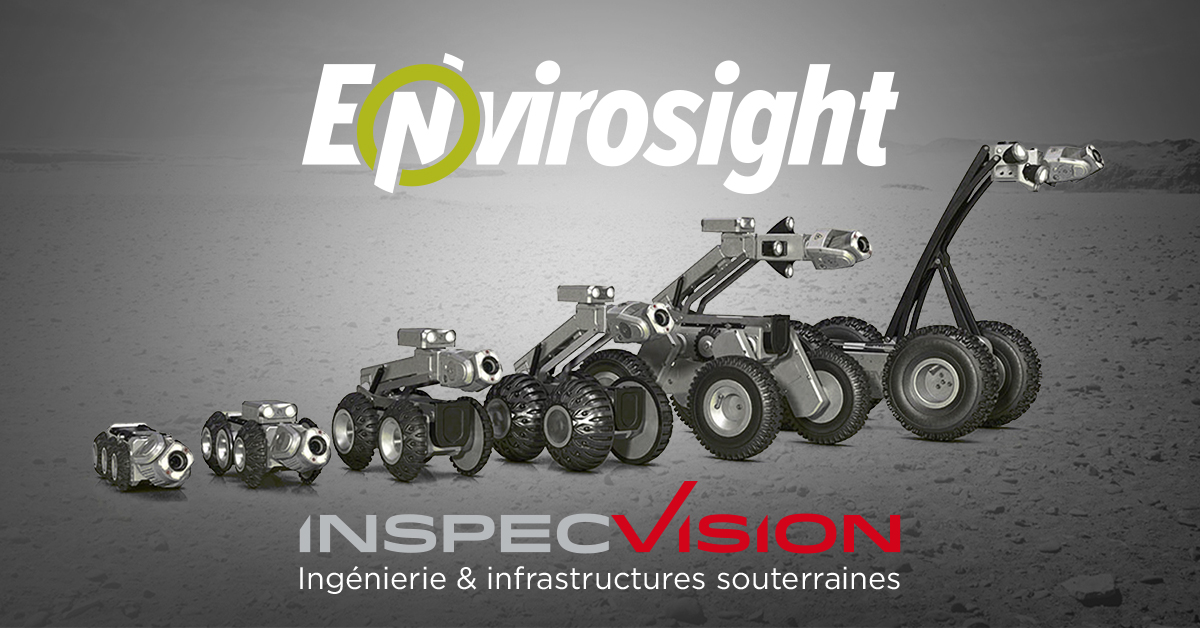 It is one of the most advanced self-propelled pipe inspection cameras on the market today. The removable and replaceable wheels allow you to slip through all pipe sizes. In addition, we have 2 new service units for a total of 4 units in addition to another on order. These additions will allow InspecVision and its team to operate several projects at once, but especially large-scale projects.

The City of Sept-Îles has entrusted them with the inspection of more than 20,000 metres of sewer systems and more than 300 manholes using their 360-degree cameras. Two units were dispatched, as well as four employees. The Ministère des Transports also mandated the company to inspect the sewer systems on the highways in the Baie-Comeau region.

"To expand, we have experienced labour problems due to the shortage of manpower. It's now settled, but we've worked very hard to get to where we are. At the moment, our team has 15 employees and we plan to double this number by April 2020. This is three times more than when the company was launched in the spring of 2019. Nothing could have predicted such a success. Companies have trusted us and continue to do so. "said Patrick Lamontagne, Executive Director.

The management team plans to revise the objectives upwards since the company and its team have already achieved most of the objectives set. InspecVision promises an announcement in December 2019. So we can expect some great news.